When you book with an account, you will be able to track your payment status, track the confirmation and you can also rate the tour after you finished the tour.
Sign Up
1542

Why Book With Us?

Do not hesitate to give us a call. We are an expert team and we are happy to talk to you.

The 3 days Rwanda Gorilla Trekking safari will take you to see Mountain Gorillas in Parc Des Volcans and also visit the genocide memorial in Kigali.

Start you 3 days Rwanda Gorilla Trekking safari by meeting our experienced safari guide for a briefing.  If you arrive early enough, you will indulge in a Kigali City tour. Kigali is the Capital City of Rwanda and a beautiful small city. 70% of Kigali is urban with a significant part that is rural with a population of relatively youth making up about 60% and women making slightly more  of the percentage. Kigali is Home to over 1 Million people and the famous and most informative genocide memorial in the Country.

The genocide memorial centre consists of  three permanent exhibition centers which include ;Education Centre, Memorial Gardens and National Documentation Centre, the largest of which gives a  documentary of  1994 genocide.   The centre also has a children’s memorial centre, and  it is  an exhibition on the history of several genocide hostility  around the world. The place is a true exhibition and a meaningful tribute to those who lost their loved ones as well as a form of a powerful educational tool for the new generations. After the city tour , you will be transferred to Kinigi  now known as Musanze for diner and over nights at

Take breakfast and report at 0730hrs to the Volcanoes National Park headquarters in Kinigi office for registration. The park ranger will brief you about the whole process on hiking and trekking to see the gorilla. Depending on the group allocated to you, drive to the brim of Park. There are a number of gorilla Families or groups that you can be allocated. Therefore Gorilla trekking is solely unpredictable however we have a 99% chance of seeing the gorillas.

The time taken to search for the gorillas will vary ranging between 2 to 6hrs because these Mountain gorillas are in their natural habitats.   The gorilla safari here commences at about 2000 meters above sea level in the upmost slopes of the Volcanoes. Once you meet the Gorillas , you will spend one hour in their company before  hiking back to the starting point. Meeting the gorillas and taking photos is a breathtaking experience  that makes the walk worthwhile! Time permiting, visit the little known but eloquently gorgeous twin lakes of BULERA & RUHONDO at an extra cost .

Dinner & Overnight at the lodge of your budget.

Today wakeup to a leisurely breakfast, before you embark on the 3hr journey to Kigali.  Transfer to the hotel.  End of  the 3 days Rwanda Gorilla trekking Safari. 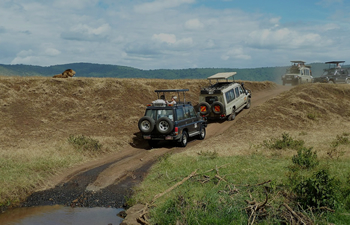 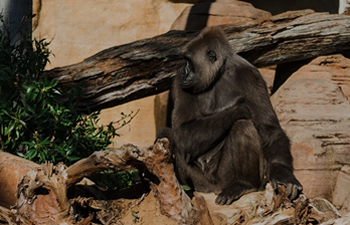